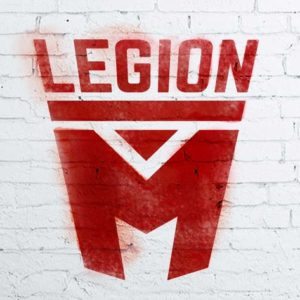 Legion M, a fan-owned film company, has re-opened its Reg A+ offering for round number 5 of crowdfunding. The offer is now live on Wefunder.

To date, Legion M reports that it has raised over $7 million via equity crowdfunding, backed by 16,000 fan-investors to own a stake in a slate of film, TV, VR and digital projects.

Legion M says it is targeting $2.5 million in investments during this fifth round, which will bring the total amount raised by the company to nearly $10 million.

Paul Scanlan, Legion M’s cofounder and CEO, said the fourth round was their biggest to date. Scanlan said they continue to make progress to achieve their goal of “uniting one million fans to reshape this industry we so passionately love.”

Sara Hanks, CEO of CrowdCheck and CrowdCheck law – the company who worked on the Reg A+ filing, commented on the offering:

“Legion M continues to be one of the most notable success stories in the equity crowdfunding space. With more than 16,000 investors, Legion M has become a shining case study amongst equity crowdfunding companies, illustrating the potential of the JOBS Act.”

The campaign page pegs the valuation of Legion M at approximately $25.5 million. Individual investors are purchasing common equity at $10/share.

As of March of 2019, Legion M had raised over $7 million via equity crowdfunding offerings under Reg A+, Reg CF, and Reg D.

In May of 2016, Legion M become one of the first companies to utilize Reg CF and soon hit the legal funding cap.

Investors should review the most recent Legion M Offering Circular.

Legion M invests in original projects in various stages of development, including feature films as well as interactive and VR-based projects.