Changpeng Zhao, CEO and founder of Binance, the world’s largest cryptocurrency exchange, stirred controversy this week when he suggested that colluding Bitcoin miners could “roll-back” Bitcoin’s data records and recover $41 million USD in bitcoins hacked from Binance this week.
Zhao made the comments in a video and tweets. In the video, he suggests miners that collaborate on the roll back could keep the proceeds.

In the video, Zhao states that he had slept little in the preceding 29 hours because he’d been working continuously with Binance engineers to mitigate the hack.

The 7070 Bitcoins removed by hackers were taken from a Binance hot wallet (‘pool’ of crypto accessible online).

Binance says the stolen coins account for only 2% of the exchange’s holdings, and that the loss will be covered from Binance’s “SAFU” insurance fund.

The notion that Bitcoin records are “immutable” is one of the most important to crypto shibboleths.

Bitcoin’s code automatically settles all transactions without prejudice. “Code is law” is a popular adage, and rolling back or modifying settled transaction records is a costly proposition that Bitcoin advocates like to believe is impossible or very difficult. 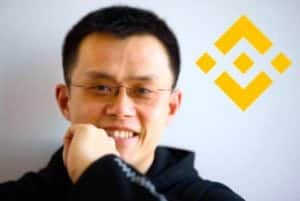 That Zhao would call on a group of miners to collude on the rollback suggests that he does not really regard the Bitcoin network as “decentralized.”

This is a frightening notion to fans of the system because if Bitcoin is in fact under the sway of a certain group of miners, then the chain is not really secure, and people’s coins can be stolen or “double spent”(duplicated).

Binance is now based in Malta, part of the EU, but was founded in China. Many people have long worried about whether or not Chinese miners have a significant –and security-compromising– monopoly over the network. Some reports indicate that geographically Chinese or Chinese-owned mines have been in a monopoly position over the network for some time.

Zhao’s comments also offend Bitcoiners because they suggest that key features of the “public”  network’s protocol should be overridden for the benefit of a powerful private business.

Cryptocurrency writer, speaker and consultant Andreas Antonopoulos equated the notion of a rollback with bailing out an irresponsible bank:

The end of the Antonopoulos tweet also refers to another cherished notion in Bitcoin- that storing Bitcoins with 3rd parties puts one’s coins at risk.

Bitcoiners like Antonopoulos have advocated “being one’s own bank” rather than allowing an exchange to house one’s funds, where they may be vulnerable.

Hacks of cryptocurrency exchanges are not uncommon. Billions have been stolen from exchanges and from individuals’ hot wallets since Bitcoin software began circulating in 2010.

A hack on an exchange can badly affect its credibility.

Until recently, Binance was one of a handful of exchanges that had not yet been hacked and which was generally regarded to be reporting trading volumes accurately.

Within a day, Zhao retracted his roll-back suggestion: