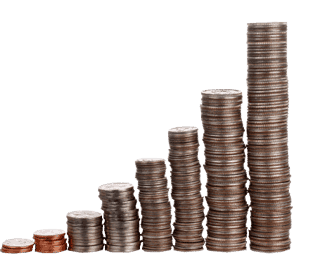 Blockstack is the most recent blockchain based company to file for a Reg A+ securities offering to issue a security token. An offering circular filed with the Securities and Exchange Commission (SEC) explains in explicit detail the objective of the Blockstack tokens to be issued under the name “Stack Tokens.” Blockstack has previously raised capital under Reg D including a SAFT in 2018 that raised $21.2 million from 683 investors.

Blockstack describes itself in the offering circular as follows:

In an email, Blockstack said their offering was compliant under recent SEC guidance:

“We’ve been in a confidential submission process with the SEC, making progress as we drive towards an SEC-qualified token offering. Recently, U.S. markets have been closed to crypto projects given regulatory uncertainty, and we believe in opening the U.S. markets to innovation in this area. We’ve been working with securities lawyers to create a legal framework that can enable blockchain protocols to comply with SEC regulations. Our framework is consistent with the latest SEC guidelines released last week.”

Blockstack seeks a maximum raise of $50 million – the most an issuer can raise under Reg A+.

Concurrently, Blockstack intends to sell between 40 and 80 million Stacks Tokens to non-U.S. persons in a private placement under Reg S. The tokens sold in the Reg S offering will be restricted securities and will be sold for delayed delivery and subject to a transfer restriction for one year after sale.

The price of the Stack Tokens is tiered based on several different factors pertaining to the security offering.

Investors may participate either with US dollars, Bitcoin or Ether.

The Stacks Tokens should be tradable at some point following release from any lock-up on a “registered exchange or alternative trading system for purposes of federal securities laws.”

There have been many aspiring issuers seeking to issue security tokens under Reg A+. To date, the SEC has yet to qualify any of these offerings leading to some issuers to completely remove any mention of blockchain, crypto, tokens, etc. in their filings. Some issuers expect to convert to digital assets at some point in the future.