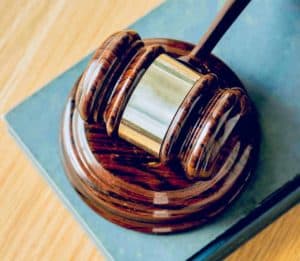 Vanbex, a blockchain based firm based in Vancouver, has posted a statement defending itself regarding allegations made by the British Columbia Director of Civil Forfeiture and covered in the media. The original report, covered by the Vancouver Sun, revealed strong statements alleging a “$30-million cryptocurrency scam.”

Vanbex, formerly doing business as Etherparty, was co-founded by Kevin Hobbs and Lisa Cheng – two prominent members of the Canadian cryptocurrency industry.  Vanbex is a firm that has evolved from a “strategic communications firm into a consultancy laboratory―leading ideas to launch and helping established companies and startups alike harness emerging technology for a changing world.” Vanbex launched two new products last month:  Rocket 2.0 and CryptoTaxes. Rocket is a platform to set up security tokens in “minutes.” As one may expect, CryptoTaxes is a service to help individuals prepare taxes surrounding crypto investing.

According to the blog post on Vanbex, the company defended itself with the following claims:

Vanbex indicated the source of the aforementioned claims was a former Vanbex employee. Vanbex said the employee has a record of accusing and smearing companies like Google and Microsoft. The individual in question is allegedly one of Canada’s best known 9/11 conspiracy theorists.

The Response to the Civil Claim, filed on April 2nd in the Supreme Court of British Columbia, vehemently defended the company against the claims. The filing requested that all seized funds and real property be returned.

Vanbex stated that no media interviews will be granted until the court proceedings have been completed.