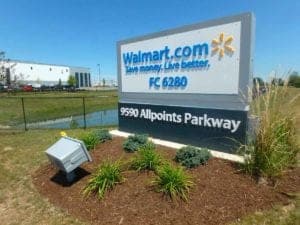 Walmart has successfully obtained a patent on a compelling system for storing medical records on blockchain that can be accessed in emergency situations, CCN reports. But is a blockchain really required?

The proposed system would allow first responders on the scene of an emergency to access the medical records of non-responsive patients by using a radio frequency identification (RFID) scanner to scan a patient’s wearable device, such as a bracelet.

The bracelet would store the “private keys” (decryption code) needed to unlock (decrypt) that patient’s medical information stored on a blockchain.

An additional biometric scan of the patient’s face, retina, iris or fingerprint would be required to authenticate access.

For privacy, says the patent, only records relevant in an emergency situation would be stored or accessible on the system.

The system seeks to expedite access to potentially lifesaving information, and the patent suggests the information could be further distributed to emergency room staff at hospitals using a series of Internet of Things (IoT) devices.

The patent application, “Obtaining a Medical Record Stored on a Blockchain from a Wearable Device,” was filed December 14th, 2016 and granted June 14th of this year.

On the surface the proposed definitely looks like one of the more compelling use cases for medical records on blockchain because of its multi-step system for securing private keys, its limited scope of access to information and situational specificity.

It is unclear, however, why the system’s underlying records would need to be stored on a blockchain and not on a more basic and efficient database also accessed through public-key cryptography.

“Blockchain fever” has been all the rage for the past few years as technologists and business people have sought to impose Bitcoin-like efficiencies (excision of middle-men, decentralized oversight, peer-to-peer transmission) on privately-controlled data systems.

Notions of blockchain for medical records conceive of global automated systems of only ever accessed by me and my doctor or by someone scanning my bracelet.

But participation in the Bitcoin network, so far the only truly decentralized blockchain (although concerns about mining centralization persist) is incentivized by possible rewards of bitcoins. That is why miners and others run nodes and crunch transactions- for fees and for the chance to win Bitcoins.

So unless the medical blockchain also generates a currency, “middle men” will be administering the system.

If that is the case, say critics of “blockchain-for-everything” like Jimmy Song, you don’t need a blockchain. You need an encrypted database. 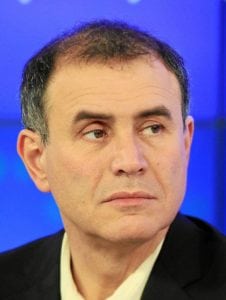 Economist and professor Nouriel Roubini has repeatedly questioned “blockchain-for-industry-fever.” In “Blockchains are nothing more than a clunky process,” Roubini writes:

“In reality, blockchain is one of the most overhyped technologies ever. For starters, blockchains are less efficient than existing databases. When someone says they are running something “on a blockchain”, what they usually mean is that they are running one instance of a software application that is replicated across many other devices.”

“The required storage space and computational power is substantially greater, and the latency higher, than in the case of a centralised application. Blockchains that incorporate “proof-of-stake” or “zero-knowledge” technologies require that all transactions be verified cryptographically, which slows them down.”

Roubini does concede that the added expense and relative slowness of blockchains could be appropriate under very specific circumstances:

“Blockchains can make sense in cases where the speed/verifiability trade-off is actually worth it, but this is rarely how the technology is marketed. Blockchain investment propositions routinely make wild promises to overthrow entire industries…Consider the many schemes that rest on the claim that blockchains are a distributed, universal “world computer”. That claim assumes that banks, which already use efficient systems to process millions of transactions per day, have reason to migrate to a markedly slower and less efficient single cryptocurrency.”