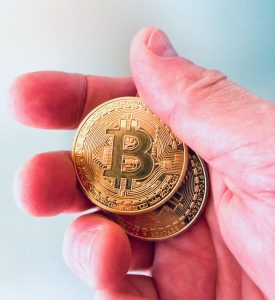 Ryan Radloff, CEO at Kingdom Trust, an independent qualified digital asset custodian that’s regulated by the South Dakota Division of Banking, has confirmed that most US residents don’t hold any Bitcoin (BTC) in their retirement accounts.

Radloff, whose comments came during a recent interview with Anthony Pompliano (the co-founder at Morgan Creek Digital), revealed that there are around 7.1 million US residents who have purchased Bitcoin or have invested in the crypto space in some way, and have a retirement account. However, Radloff noted that these people don’t actually hold BTC in their retirement accounts.

Retirement accounts allow people to regularly set aside money into a long-term investment fund. Account-holders may only withdraw funds after a certain time period, which is usually when they reach retirement age and officially retire. These types of long-term savings accounts allow people to take advantage of tax breaks and various other incentives.

According to Radloff, Bitcoin offers a good opportunity to investors, including those who are investing in their retirement accounts.

Radloff pointed out that, like most traditional financial markets, the retirement market itself is worth trillions of dollars. He also believes there’s no proper structure established by crypto-asset and blockchain firms that are offering 401k plans to their workers.

Radloff’s comments on Bitcoin-related retirement investments assume that BTC’s stock-to-flow ratio (proposed by widely-followed Twitter analyst PlanB) is valid. The model predicts that the Bitcoin price will increase in the long-term because of the decreasing mining rewards and the digital currency’s limited or algorithmically capped supply. There are around 18.5 million BTC in circulation, with the max supply capped at 21 million.

Earlier this month, it was reported that Bitcoin’s (BTC) correlation with gold had weakened following the COVID-19 outbreak and resulting economic uncertainty. However, the digital asset’s correlation with the S&P 500 stock market index appears to be getting stronger, according to research report from crypto exchange Kraken.

There are currently more than 13,000 Bitcoin addresses that are now holding at least $1 million worth of BTC, according to Glassnode data.