The New Zealand Financial Markets Authority announced earlier this week it has added Karatbar International GmbH, Karabit Foundation, and Associated Companies to its warning list. As previously reported, Karatbars International GmbH is a German company that has been promoting a digital currency, called KaratGold Coin, which is allegedly backed by gold. 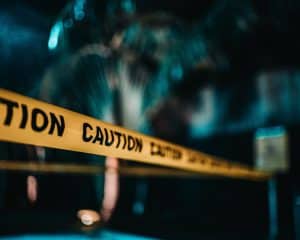 The New Zealand regulator revealed that it recommends exercising caution before dealing with Karatbars International GbmH, Karatbit Foundation, and associated companies as they are not registered companies or financial service providers in New Zealand, with seminars reportedly being held in both Auckland and Christchurch.

The warning from the New Zealand Financial Markets Authority comes less than six months after South Africa’s financial regulator, the Financial Sector Conduct Authority (FSCA), issued a warning against Karatbars. The organization announced that  Karatbars International GmbH is not authorized in terms of the Financial Advisory and Intermediary Services Act, 2002 (FAIS Act), to render any financial advice and intermediary services.

Other regulators that have also cautioned the public about Karatbars:

Florida’s regulatory authorities also confirmed last fall that they were investigating Karatbars, which had been promoting its crypto token by claiming that it was linked to a Miami “crypto bank.” Karatbars notably introduced a cryptocurrency that it claimed was backed by gold. The company has also been selling gold products online through a questionable affiliate marketing program.