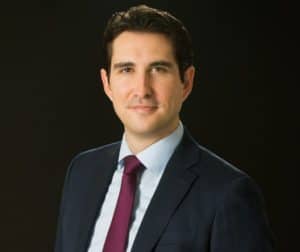 Kraken’s management noted on April 6, 2020, that Santori would be using his experience working with regulatory authorities, financial institutions, payment service providers, broker-dealers, and several other industry participants to help Kraken expand its operations and product offering.

He is also the blockchain advisor to the US State of Delaware, an advisor to the International Monetary Fund, and serves as the chairman of the Regulatory Affairs Committee of the Bitcoin Foundation.

Santori has been working as a legal expert in the crypto and distributed ledger technology (DLT) space since 2013. He’s notably one of the authors of the “Simple Agreement for Future Tokens” (SAFT) framework.

“I am thrilled to announce that I am joining Kraken as its chief legal officer. Crypto companies today face unprecedented challenges. Onslaughts from governments, plaintiffs’ lawyers – even their own customers – can … wait are these challenges unprecedented? Or are they the same ones we’ve been overcoming for the last decade?”

“We will continue to fight and we will continue to win. And this industry will be stronger because of it. Number will probably go up. You might learn some new computer tricks. You’ll probably meet someone you like at a conference. Those are all good things. But that isn’t really why we’re here is it.”

“We’re here because this stuff is going to change the world. It is already changing the world, and it’s for the better. I could not be happier to continue this mission, and to do it with an all-star team.”