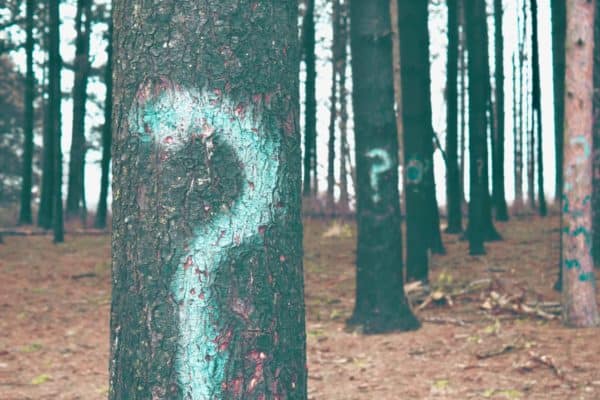 But Arca is not a neutral commenter. The company has invested early in LEO tokens, for example.

LEOs are loyalty/equity “exchange tokens” issued by crypto exchange Bitfinex to help it cover operational shortfalls resulting from an $850 million USD seizure of exchange funds in Panama on suspicion of money laundering.

Bitfinex is also under investigation now by the Attorney General of New York for fraud. Yesterday the company wrote to the presiding judge stating the case has already cost it $500 000 USD. Bitfinex also said it had 60 lawyers working on the case.

Bitfinex allegedly sold $1 billion in LEO tokens to various non-US investors, who in turn re-sold or distributed these tokens to companies like Arca.

If the company can make it through these cases unscathed, LEO tokens may retain value and “number go up.”

Like many other crypto commentators, Arca holds “crypto-assets” it likely hopes to sell on day at a profit.

Given the significant hot water Bitfinex is in, is it really cogent to argue that crypto tokens like LEO are really not much more speculative than bonds and the like?

Arca’s Jeff Dorman nonetheless does so:

“Think about this for a moment. When you buy a stock, you are speculating that the company will increase cash flows, or that multiples will expand.  Further, when a stock trades at a 15x P/E ratio, or at 2x Price/Sales, or at 8x EV/EBITDA, these values are WAY above intrinsic value.  These values are based on what the market perceives someone else will pay for it (either another investor or a strategic buyer).When you buy a corporate bond, especially a BBB-rated or high yield bond, there is ZERO chance that this company can pay off maturing debt using free cash.  Instead, you are buying these bonds based on speculation that other investors will help refinance these bonds when they mature with the purchase of new speculative bonds or stock to pay off the old debt. When you invest in commodities, you’re speculating that there will be increased or continuous usage.  Even when you invest in early stage technology companies via private stock, you are speculating that mass adoption will occur with no data to support it. Finally, I wonder if anyone at AG Edwards or Allianz has ever owned a call option or a put option? If you bought a $3500 December 2019 SPX call option right now, the intrinsic value of that option is ZERO.  But it has value due to time, volatility and other factors in the Black-Scholes model.”

Dorman responds to, and cites, a number of recent public comments made by prominent investors who favour more traditional products, for example, Edward Jones investment strategist, Kate Warne, who said:

“We don’t like the specifics of Bitcoin, and we really think the price is moving around on speculation, rather than something else. When you think about Bitcoin, you’re looking to buy something that you hope to sell for more to somebody else who’s more excited than you are. That’s the essence of speculation. We would not advise investing in them or speculating in them. If it goes up, sell it. If it goes down, sell it. But get out quick.”

“As an institutional investor, you should not, you could not actually, explain a position in Bitcoin … or any other crypto in your portfolio as an asset allocation.  The valuation of the cryptocurrency is not possible as of today. They have no income, there’s no intrinsic value, there’s no guarantee by a state or a central bank. It is an interesting concept and I’m fascinated, but it’s not an investment.”

Rather than taken heed, Dorman warns naysayers not to risk being uncool:

“So a word to the prognosticators out there making public statements.  Educate yourself before becoming a meme.”

It’s true that “digital assets” are maturing and so is regulation, but given ongoing scalability problems and issues with netting on blockchains, the following comment by Dorman also seems under-informed:

“Once we agree that everything is speculation, it’s much easier to see why speculating on digital assets makes sense as a complement to other investments, and perhaps eventually, as an outright replacement.”

Bitcoin programmers are also working to have that network host “digital assets” tied to real equity.

But there are also money-laundering and other risks still present in the crypto space, as well as issues around how to meaningfully regulate hundreds even thousands of small platforms scattered across the world, where cryptos are being bought and sold cross-border 24-7.

Many early crypto exchanges did well because they took fees from ICOs and traders and/or made sure to pass the hot potato tokens quickly. At least 90% of ICOs have now failed completely, and the tech they touted as glorious, “blockchain,” appears to have been vastly overhyped.

Ethical and technical issues abound in crypto, and I am frankly concerned that early investment crypto hedge funds, et al, are hoping to pull off “a great token offset” in the near term, whereby they clear their books of tokens of questionable worth by passing them on to retail.