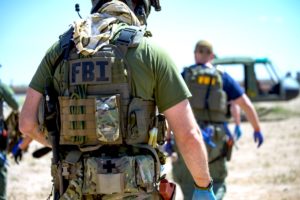 Jon Barry Thompson (AKA “J. Barry Thompson), principal of “cryptocurrency escrow company” Volantis Escrow Platform LLC and Volantis Market Making LCC has been arrested in Pennsylvania for allegedly conning two companies out of $7 million USD they transferred to him for the purchase of bitcoins, coins the victims say they never received.

Thompson is now charged in the State of New York with commodities fraud and wire fraud. Each charge carries a maximum sentence of 20 years in prison.

According to the press release announcing Thompson’s arrest:

“Jon Thompson induced investors to engage in cryptocurrency transactions through his company, Volantis Market Making, by touting a transaction structure that would eliminate any risk of loss during the purchase.  As his clients soon realized, however, Thompson’s representations were false, and these cryptocurrency investors ultimately lost all of the money they had entrusted with him because of his lies.”

When conducted directly, crypto transactions cannot be reversed. Once the money is transmitted across a cryptocurrency network, the only way that value can be recovered is if the recipient agrees to send back the money or coins.

Holding large sums of cryptocurrency is also risky for individuals not very competent in “private key management” (safe storage of the strings of code that represent and can unlock crypto balances).

Thompson promised both to hold client money and safely store the crypto purchased by customers on their behalf (provide escrow).

In fact, say prosecutors in the release, Thompson provided neither service:

“Using phrases and terminology that the victim companies didn’t understand, (Thompson) allegedly preyed on their ignorance of the emerging cryptocurrency.”

Sweeney’s claim here is supported by text from the criminal complaint levelled at Thompson.

The complaint contains many extracts from conversations conducted between Thompson and alleged victims via telephone call and messaging app Telegram in which Thompson inaccurately uses technical terms and legalese to direct conversations in a manner that favoured him.

Thompson, for example, inaccurately used the term “atomic swap” in one a telephone conversation with “Company-1 Trader’: