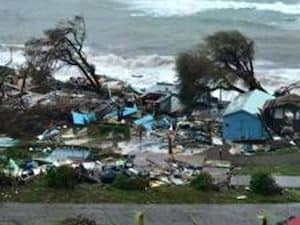 That this past hurricane season wreaked economic havoc on metropolitan Houston, southern Texas, Louisiana, southern Georgia and Florida is not surprising (Hurricane Maria’s effects on Puerto Rico were not covered in this analysis); in a recent blog, Orchard Platform posted initial research how much Hurricanes Harvey and Irma affected the U.S. unsecured consumer lending industry. According to Orchard Platform, approximately 91% outstanding loans in Florida were in designated FEMA disaster areas including metropolitan areas Tampa, Orlando, Miami and Jacksonville.

“The population of loans in the areas affected by Harvey experienced a 3x increase from July 2017 to September 2017,” according to Orchard Platform Credit Analytics Manager Nicholas Del Zingaro. “All consumer unsecured loans in Texas experienced a 170 bps increase in Current to 30 Roll Rate over the same period. Irma made landfall on September 10th, but the Florida and Irma designated areas within Florida and Southern Georgia already show signs of distress, with the Current to 30 Rate increasing from 1.5% to 2.5%. The total population had an uptick of 30 bps from August to September.” 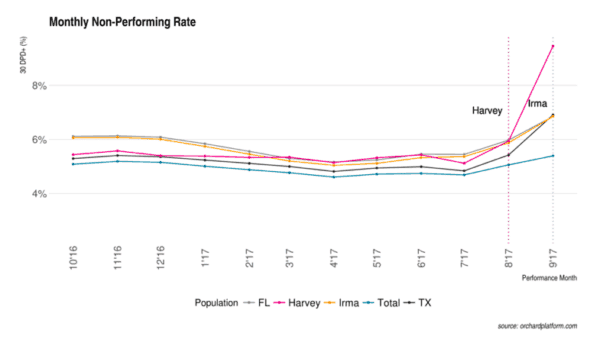 “The percentage of loans categorized as non-performing has increased for the geographical areas affected by both hurricanes. As of September, 9.5% of outstanding balances in the Harvey-affected areas are delinquent. In general, the distressed areas experienced an increase of the non-performing rate from 4-5% to 6.5% or greater.” 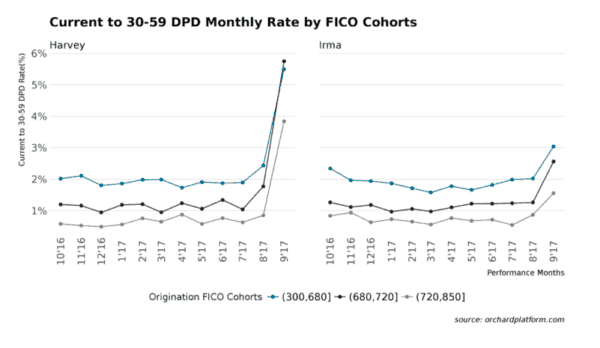 In his post Del Zingara also addressed origination of FICO cohorts, all of which experienced stress. These findings reveal the short term affects of the hurricanes’ economic effects; Orchard Platform will build on this research in the upcoming months on its blog.

In the last months Crowdfund Insider has covered how the crowd has contributed in various efforts to help communities affected by Hurricane Irma, Hurricane Harvey and Hurricane Maria to create both immediate and long term recovery solutions. Grit Grocery had just initiated a Wefunder equity crowdfunding campaign when the hurricane struck; in the last weeks, investors have begun backing the Houston grocer again, helping the campaign near its 50% initial funding goal.