On Monday, crowdfunding platform for social good, Kiva, announced it surpassed $1 billion in loans supporting borrowers around the world. The funding portal revealed more than 2.4 million entrepreneurs, farmers, and students globally have been able to launch and expand viable businesses or pursue an education thanks to loan support from 1.6 million people, lending just $25 dollars at a time. 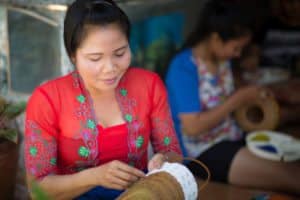 Speaking about the platform’s milestone, Premal Shah, President and Co-Founder of Kiva, stated:

“Kiva proves that when each of us takes small actions, our collective efforts can transform the world for millions of people in meaningful ways. Kiva started with a simple idea, to provide people with an easy and transparent way to support the people, places and causes they believe in. As we surpass $1 billion in loan support, we are looking at how to push open doors of economic opportunity in new ways. And with our continued growth and commitment to serve the most vulnerable, we are thrilled to announce Kiva’s new World Refugee Fund, providing a way for individuals, corporations and foundations to support refugees and host communities around the world.”

Individual loans are notably collected until the borrower’s full loan request is crowdfunded. The average loan request on Kiva is $450 and platform funded borrowers have a 97% repayment rate.