This time of year is a natural time of reflection for most, and the fintech industry isn’t an exception.  This week SyndicateRoom co-founder Tom Britton posted his year review comments, summarizing 2016 as a year of radical change, “politically, economically and socially.” 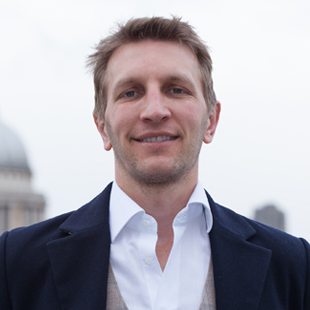 “Brexit, Trump, the Italian Referendum, the rise and fall of many governments (not to mention Ziggy Stardust), continuation of conflict in the Middle East, the Olympics, Panama Papers, terror attacks, natural disasters, climate change (or lack thereof, depending whether you believe in science or a madman) – and whatever else these final weeks hold in store for us. To say that 2016 was eventful would be an understatement,” wrote Britton. “This wild ride has thrown in a number of surprises, both good and bad, that have impacted us at SyndicateRoom and have definitely kept us on our feet as we continue to grow and evolve the business.

Three years ago, SyndicateRoom became as a team of three, with fellow co-founder Gonçalo de Vasconcelos.  During 2016 SyndicateRoom expanded its team to 30 (including adding Tom Hinton) and its product offering, more quickly than anticipated. The platform also celebrated its first exit this week when SyndicateRoom alum Oval Medical Technologies was bought up by US-based SMC for an undisclosed amount. 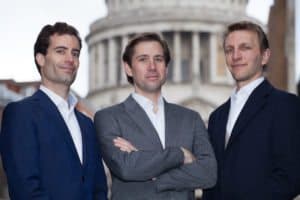 “Since launch we’ve been fortunate to be a part in many capital raisings, ranging from £300m placings down to those seeking to raise less than £1m. And, while this move into the equity capital markets was exciting, it was just a small milestone towards our longer-term goal of offering retail investors unique opportunities in the space, noted Britton. “So, to deliver on that promise we introduced the world to The WatchList, the only curated list of growth-stage, AIM-listed companies, where retail investors create the market for a placing by expressing their binding interest in a potential opportunity.”

The platform sets itself apart with its Fund Twenty8, the brainchild of CIO James Sore, who spent much of 2015 analysing the EIS fund space and looking for flaws in the traditional approach. Britton avers that Fund Twenty8 — open for 12 more days —  is the only EIS fund that 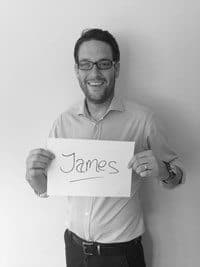 “offers true diversification through industry spread and volume (Fund Twenty8 will invest in a minimum of 28 investments across various industries), and invests passively using a predetermined algorithm. It is the only EIS fund that operates in this way and, based off early investor feedback, we believe we are on to something evolutionary.”

And the challenge for the year? Brexit.

“Brexit is the 800 lb gorilla in the room and all industry data, including our own, showed a slowdown in investment levels. Things in the fourth quarter of the year picked up big time and made up for some of the lost ground, but how the actual activity of leaving the EU will impact upon early-stage investing is still uncertain,” observed Britton.” As well, our move into the public markets hit a flat spot as a result of Brexit, since the number of IPOs and placings dropped off significantly for a period of time after the vote. However, this too, and in particularly activity around the AIM market, has seen a positive fourth quarter. Long may that continue.”