Just a little over seven months after they secured nearly $60,000 on Kickstarter for their Wabash Lights project, Jack C. Newell and Seth Unger announced the lights are set to launch this evening in downtown Chicago. 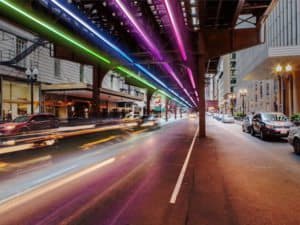 The duo hit the crowdfunding giant this past summer to bring a site-specific light installation to the underside of the Wabash Avenue elevated train tracks in Chicago’s loop. It will reportedly incorporate over 5,000 programmable LED light tubes and will transform an iconic piece of Chicago infrastructure into a canvas for a dynamic, interactive experience, serving as a catalyst for a re-energized Wabash Avenue. The funds were used to test a mock-up of the light equipment and design elements.

Benefits of The Wabash Lights, including: 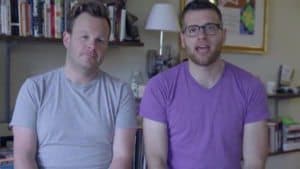 Newell and Unger noted that the lights will be on display at 7 pm. They shared:

“The beta test lights will remain on for the next 6-12 months. Because we’re still a ways away from the full two-block installation, we’re not going to throw a crazy party to mark the occasion, but – we think it’s still pretty cool, and we want to share our joy with you.”

The duo revealed that their long-term goal is to install lights along the entire Wabash stretch of track from Lake to Van Buren.“Phase One” plans are said to include over 20,000 total feet of lights along a two-block stretch from Madison to Adams.