On April 5, 2012, President Obama signed into law the Jumpstart Our Business Start-ups Act or simply the JOBS Act.  In an unusual act of cooperation in Washington, DC, the legislation was supported by both Democrats and Republicans seeking to provide better access to growth capital for early stage firms.

While the JOBS Act resulted in significant changes to U.S. securities law, the impact on small businesses and start-ups can be revolutionary.  For the first time, entrepreneurs will be able to Crowdfund – that is raise equity, debt, or other securities, by selling these offerings online. Depending on the exemption, both accredited and non-accredited investors may participate in these offerings.

You’ve heard of crowdsourcing or pre-sales (or pre-commerce) websites like Kickstarter and Indiegogo.  The intention of these sites is usually to pre-sell a product or service somewhat similar to other e-commerce sites. The purchaser is incentivized by receiving a discount on a product they desire or a service they believe has merit. The business may receive the money for the product before it has been produced.

Crowdfunding platforms focus on securities or investment opportunities. These platforms issue debt, equity, SAFEs, or other securities, to raise growth capital to expand their business. While typically risky investments, investors expect to generate a return on their investment or they simply desire to support a business or individual they believe in.

An ICO is a generic term for a cryptocurrency or digital token which may, or may not, be a security

An STO is a security that leverages blockchain technology, usually a smart contract structure, to better manage certain aspects of traditional securities.

The JOBS Act has enabled three different iterations of crowdfunding

This law enables three different forms of crowdfunding including:

This sector of Fintech will continue to morph and change, most recently with the advent of digital assets, but the disruptive shift of leveraging the internet to raise capital, and more, is here to stay. 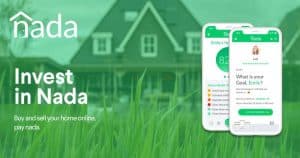 Nada, "the Carvana of Real Estate", a Real Estate and Mortgage Startup is Raising $2M 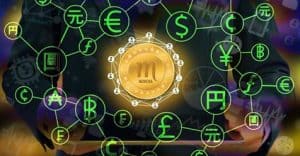 WILMINGTON, DE, US, June 16, 2020/EINPresswire.com/ — Monetran, LLChas announced that they have made200,000 Class A units available toinvestors via an SEC Regulation ...

BOCA RATON, May 31, 2020 — JanoverVentures, a Fintech (financialtechnology) company focused on ... 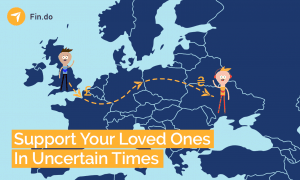 Fin.do: A Solution at Hand for Support in Uncertain Times