Savings App Chip is set to close its Future Fund round hosted on Crowdcube with more than 11.3 million raised from 1945 investors. The campaign made its debut on the equity crowdfunding platform earlier this month, originally seeking £2 million, which was raised in under 10 minutes. Founded in 2016, Chip’s mission is to build the best saving and investment account in the world. 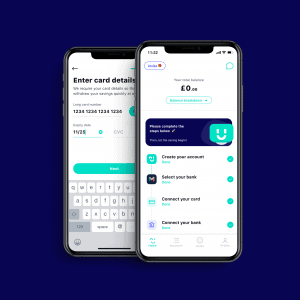 As previously reported, the Future Fund is a COVID support scheme that seeks to help early-stage firms by providing matching funds for an investment round from the UK government. A convertible security is sold to investors with the expectation it will turn into equity at a future date. The funding is also reportedly said to be part of Chip’s Series A round.

“Since the pandemic gripped the UK earlier in the year Chip have rapidly grown their customer base and deposits, exceeding their 2020 targets already. They now have over 250,000 users, processed over £165m in savings, achieved full FCA authorisation and launched FSCS eligible interest accounts with market-leading rates.”

While recently speaking about the Future Fund round, Simon Rabin, Chip’s CEO, stated the campaign “means big things for Chip.”

“The growth we’ve seen this year has been incredible, but it’s time to take the business to the next level. Right now we are presented with a huge opportunity to capture a slice of Europe’s €30 trillion savings market that’s ripe for disruption, and Chip is poised ready to accelerate and dominate this space as a market-defining savings and wealth management app.”

Crowdcube further added that in line with its cooperative approach, it is opening up its investor community to new and existing investors to participate in this convertible round while it remains in active discussions with venture capital funds to secure a follow-up investment.