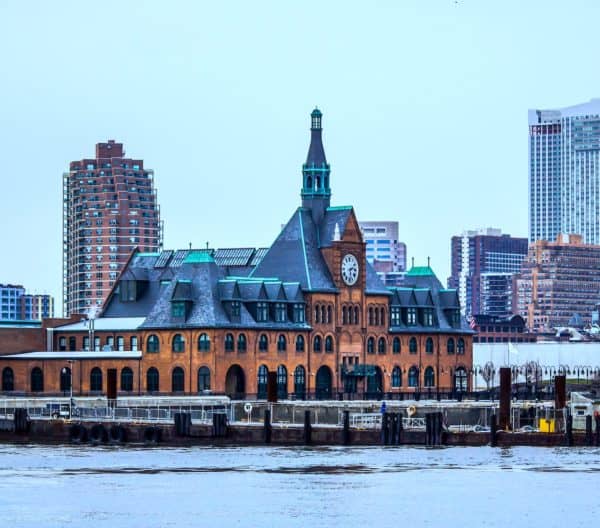 ‘Blockchains’ are essentially distributed (shared) databases that use encryption to secure data.

Their use was widely hyped during the crypto craze of 2017. A blockchain is used to underpin the Bitcoin cryptocurrency network.

Not all technologists believe blockchains are as significant and practical as billed, however.

If passed, the first New Jersey bill, Assembly Bill 5111, “would create an ‘Innovation District Designation’ that would, “market certain neighborhoods and communities…trying to attract science and technology businesses.”

The second bill Senate Bill 2297, creates, “The New Jersey Blockchain Task Force,” tasked with determining, “how local and state governments can use the technology for record-keeping and providing public services.”

A5111 states that, “The development of distributed databases and ledgers protected against revision by publicly-verifiable open source cryptographic algorithms, and protected from data loss by distributed records sharing, colloquially called…’blockchain,’… has reached a point where the opportunities for efficiency, cost savings, and cybersecurity deserve study.”

“(Blockchain) is a promising way to facilitate a transition to more efficient government service delivery models and economies of scale, including facilitating safe, paperless transactions, and permanent recordkeeping…resistant or nearly impervious1 to cyber-attacks and data destruction.”

It also states that:

“Blockchain technology can reduce the prevalence of government’s disparate computer systems, databases, and custom-built software interfaces, reducing costs associated with maintenance and implementation, streamlining the sharing of information, and allowing more regions of the State to participate in electronic government services.”

The proposed task force will be expected to determine the veracity of the above claims and present findings before the General Assembly Science, Innovation and Technology Committee within 180 days of its formation:

“Blocks that are connected and protected and are not centralized can revolutionize record-keep…Medical record-keeping, deeds and corporate entities, election security- it’s enormous potential.”

But numerous technologists have issued sober caveats regarding the practical use of blockchains.

Critics like Bitcoin programmer Jimmy Song have pointed out that shared encrypted database technology is not actually new, and that pursuit of a true blockchain confuses the issue. Encryption features can often be added to existing systems, he claims.

Researchers at Cornell have advised sternly against running elections on blockchains, stating that the Internet, through which blockchains run, is intractably “a sea of buggy code” that can be easily hacked.
As well, writer and Unix systems administrator David Gerard is not at all “bullish” about blockchain for health records:

“Blockchain proposals tend to claim that the patient’s threat model is the healthcare providers themselves. Nobody likes being messed around by bureaucrats — but cryptography will save you!””The problem is not the mechanism — it’s the politics of who gets access to what. The legal structures, and the social structures. These needs are complex and often inchoate, and not easily reduced to a few lines of Solidity code.”

Gerard notes that, “The health care pitch is mostly ‘unalterable record and ‘no central control. Neither of these is really true enough for the job — and neither is what you’d actually want.”

Data is siloed even in the medical sector for legitimate privacy reasons, he points out.

“I think of users like my 85-year-old mother — who is reasonably competent and has all her marbles, but can barely work a computer, let alone manage PGP cryptographic keys.”

“And what do you do when a patient is incapacitated, or unable to consent?”

Some blockchain medical record patents have proposed a sort of medic-alert-style bracelet holding one’s encryption keys. Some crypto enthusiasts have even had subdermal “hardware wallet” chips implanted in their hands.

“Blockchain promoters are never going to get US institutional providers to adopt systems that could possibly violate privacy laws. I can’t overstate how seriously the providers take HIPAA.”

The idea that “decentralized” (autonomous) networks governed by algorithmic consensus will ever successfully manage personal data does not stand up to scrutiny, according to Gerard:

“It’s easy to put already-encrypted data onto a blockchain — the entire hard part of the problem is digital identity that is usable by ordinary humans. It turns out that replacing a social construct with a computer program is difficult.”