Squirrel, a personal finance app designed to help users have more control over their money, announced on Friday it has formed a partnership with the HM Government and Nesta. While sharing more details about the partnership, the Squirrel’s team stated: 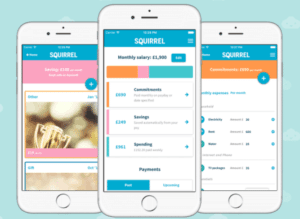 “The Partnership is run by by the HM Government and Nesta, a global innovation foundation that backs new ideas to tackle the big challenges of our time. This is an ideal fit for Squirrel and our mission to change banking for the better and solve the problem of overspending and the UKs lack of savings. It will give Squirrel unique access to collaborate with the UKs leading business and civil society organisations (as well as their extensive networks!) and will focus on supporting our scaling plans next year, as well as providing further access to capital Squirrel can use to scale.”

The app’s creators revealed the exciting news just as its equity crowdfunding campaign on Crowdcube is nearing £450,000 from more than 500 investors. As previously reported, Squirrel is an FCA-authorised business that issues users with a bank account and provides an application to create a budget. 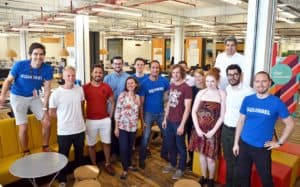 The app allocates income, expenditures, and savings before the user gets access to their money, ensuring the money needed to cover essentials, such as rent and bills, is set aside. The app was incubated at TechStars and raised $1.1 million from seed investors and a grant. Squirrel also claims it has won numerous awards and is backed by VC/angel investors including the founder of Funding circle.

“Squirrel is a Barclays-held account that splits your salary up into bills, savings, and a weekly allowance. You can rest assured knowing your bills are paid, your savings are automatically kept on track, and you always have spending money every week.”

Funds from the initiative will be used to continue the expansion of Squirrels platform. The campaign is set to close at the end of December.