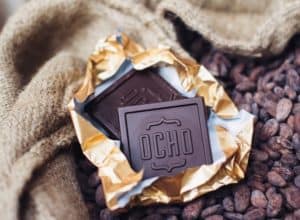 Ocho, which is short for Otago Chocolate, was started by artist and former journalist, Liz Rowe. It described itself s a craft bean-to-bar chocolate marker and imports the fermented and dried beans and make the chocolate from scratch, which includes roasting, grinding, coaching, and temperating the chocolate before moulding it into bars. Speaking about their crowdfunding campaign, the Ocho team stated:

“Our share offer is a little different from the ordinary in that we want to attract as many investors as possible. To that end the minimum investment will be one share, costing $100, and the maximum investment will be 2,514 shares, which is 11% of the total. All up, equity crowd-funders will own 87.5% of the company. Instead of one or a few large ‘cornerstone’ shareholders, OCHO will be owned by a broad base of investors across the country. Perhaps most importantly, every shareholder will be able to buy award-winning OCHO chocolate at a discounted price.” 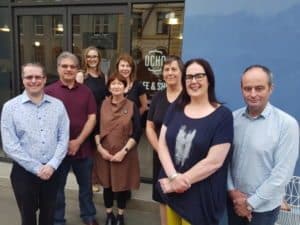 According to Stuff, PledgeMe founder, Anna Guenther, confirmed that the Ocho initiative was the most pledged campaign on the funding portal in terms of individual pledgers and is the quickest campaign to reach $1.5 million. Current Dunedin City councilor and OCHO board member, Dr. Jim O’Malley, also revealed that the amounts pledged went up about $500 per minute.

O’Malley also noted that OCHO would continue its small batch production, but hopes to increase production by August 2018. He then added that the company is has spoke with Foodstuffs about stocking future products.