Tile, the tiny Bluetooth tracker and companion app that keeps users connected to the things that matter to them most, announced on Wednesday former Microsoft CMO and former CEO and president of Jive Software, Elisa Steele has joined its Board of Directors. 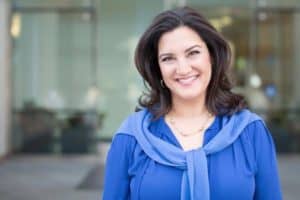 Steele’s most recently the president and CEO of Jive Software, a software solution for enterprises around the world. Before Jive, she was corporate vice president and CMO of Consumer Apps & Services at Microsoft where, she oversaw multiple brands, including Skype, Lync, Bing, and others. She was also the CMO at Skype and Yahoo!. She has served on the public board of Jive and private boards of Amber Alert GPS and RMG Networks.

“We are incredibly excited to have Elisa on board. Drawing on years of experience as a CEO herself, Elisa brings the invaluable viewpoint of someone who understands the strategic and operational challenges of building a global business.”

“I’m thrilled to be a part of Tile’s journey as it creates a world where everyone can find everything that matters. In less than five years since releasing its first product, Tile is quickly becoming a household name and a brand to count on in our daily lives. I look forward to working with Mike and the team as Tile continues to expand its consumer footprint while furthering its Tile Platform reach.” 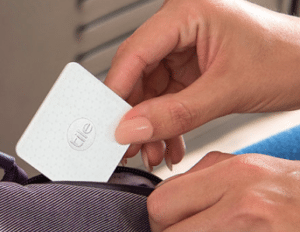 As previously reported, Tile was one of the first super successful self-crowdfunding campaigns. The company kicked off its crowdfunding campaign in 2013 and generated over $2.6 million in 34 days. It also has received a capital infusion from Khosla Ventures for $3 million during its Series A extension round, which came at a time when Tile reportedly shipped over two million devices as it closes in on its second anniversary.