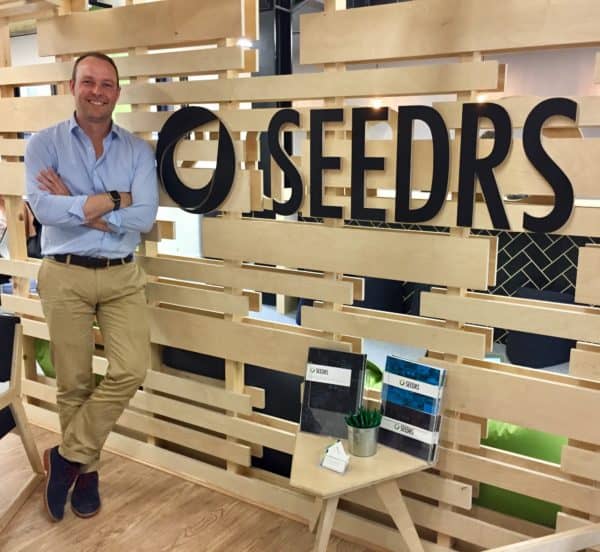 Seedrs is one of the largest equity crowdfunding platforms in the UK and thus the world. It is the first regulated crowdfunding platform in the UK but trailed Crowdcube by a few months in its official launch. While starting as a small, early stage funding platform, over the years Seedrs has grown into a robust and dynamic funding portal providing access to capital for early to mid stage companies alongside unique and compelling investment opportunities. Earlier this month, Seedrs celebrated its 5 year anniversary. On this annivesary, Jeff Lynn, Seedrs co-founder and CEO, stated;

“I believe that non-public companies – and in particular startups – are much better growth investments in the coming years, and that they have the chance to do for the mass affluent wealth what public shares did fifty years ago … How far we’ve come in five years!”

To date, Seedrs has raised more than £230 million, funding over 500 deals on the platform. They do not suffer the outdated differentiation between accredited and non-accredited investors as they do in the US. Anyone can invest.

Seedrs was recently recognized as the most active investor in private companies in the UK, according to an outside report, and Seedrs is actively expanding across Europe.

Seedrs has logged an enviable list of features and partnerships over the years. Just in the past few months, Seedrs has;

Seedrs announced this spring it is preparing for a major strategic push this year as it seeks to hit “aggressive growth targets” in a post Brexit Europe (and perhaps beyond).

The crowdfunding platform is a true cross border operation with global aspirations. It has the US in its queue, but not quite yet.  Back in 2014, Seedrs “acquired” Junction Investments, an early investment crowdfunding site, in a sign of its intent to cross the Atlantic but then pushed pause.

While all signs point to an impending USA launch, the hesitancy is most likely due to the Reg CF rules that Lynn described as being “not workable in its current form.” Expectations are for Seedrs to launch a Reg D 506c platform (accredited crowdfunding) at some point unless Congress, or the SEC, acts to improve the Reg CF rules. 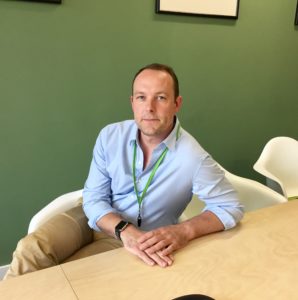 Recently Crowdfund Insider had the opportunity to stop by the Seedrs office in London and, after the grand tour, we sat down with Seedrs Chief Investment Officer Thomas Davies for an update on Seedrs progress.

“Seedrs is an Iceberg business,” Davies explained. “The behind the scenes the platform is very important. Dell was better at building and shipping [computers] than anyone else. The Seedrs process behind the scenes is to operate as quickly and as efficiently as possible.”

Davies said that today date, Seedrs core market is a raise from between £400,000 to £2 million with about half of their offerings in that range. But Seedrs is not averse to raising sub £150,000 rounds because once they have listed on the platform these companies typically return for their future funding rounds.

“They are our future clients if we can do that successfully. They tend to come back again and again,” added Davies. 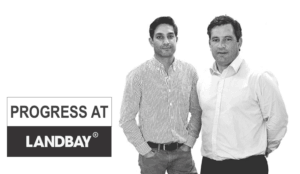 LandBay is an excellent example. Their very first raise was a tiny funding round. In fact, the very first time LandBay came knocking, Seedrs rejected the company. But then LandBay came back.

LandBay has now done 9 crowdfunding rounds on Seedrs. Some of these have been preemption rounds that are private rounds but you get the picture of an emerging, full stack funding ecosystem.

Every offer on Seedrs has a Nominee structure (SPV) meaning there is a single shareholder on the issuers books. This can simplify management for the issuer but, if structured correctly, can provide strong investor protection qualities. Deal terms are always the same as larger investors. This is important as a growing number of institutional types are participating in funding rounds on the Seedrs site. Davies did add that a big VC may get a liquidation preference off-platform, but it is always disclosed and always at the same valuation. The crowd investor always knows what is going on.

While the majority of issuers hover within the aforementioned crowdfunding range, there are indications that rounds are going higher as the industry matures.

Today, there is a speed bump in the UK at €5 million as an issuer is required to file a prospectus at this point (not a small task) under EU rules. “When we launched, the thought of raising €5 Million was ridiculous,” shared Davies. But this cap is expected to be bumped up to €10 million in the not so distant future. It is interesting to note that while US policymakers quibble about raising Reg CF to $5 million, the Brits are speeding onward much higher.

Asked about the impact of Brexit, a vexing issue for all of Europe, Davies stated;

“Brexit will affect us but there are some easy solutions. Our Tech team is based in Portugal. We can be authorized in a member state.”

Other than a general economic downturn, Davies is not overly concerned about the European referendum. He did say that a platform like theirs revolves around standardization. If the rest of Europe changes, it can obviously be harder. 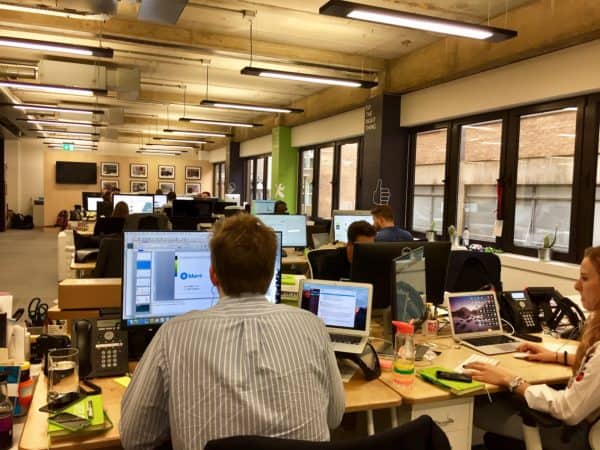 Seedrs most recent project is its Secondary market, an initiative that Davies has been championing on the platform. Understandably, Davies said it has been a challenge but they have taken a “slow beta approach”, in providing liquidity for crowdfunded securities.

“You build it not really knowing who is going to use it. Hence the minimal viable product (MVP). The feedback from the first window has been really good. We had 130 share lots and 63 of them sold. We only invited people to sell on a pop up platform basis. Few people knew. Only fellow investors. It really limited who could buy. Now anyone can sell. We have had 550 requests to sell this month.”

“I am working on that,” said Davies. But so far there has been sufficient interest from internal shareholders.

The second issue is price. Without a bidding mechanism it is Seedrs that must determine a fair price for both buyers and sellers. This alleviates the issue of a supply/demand imbalance where a price can be either ridiculously high (due to hype, perhaps) or too low. It is the lack of volume and lack of information that can drive a market not to work.

“Starting at a Fair Market price is hard,” said Davies. “I want to solve this one first. I want to create an auction. This is in the pipeline. I would like to see this before the end of the year.”

Seedrs continues to grow in number of users, over 300,000 today, and total crowdfunded. Early concerns of fraud have been squashed as none has appeared to date. Seedrs directs a good amount of energy at due diligence and transparency. Reputation is key. 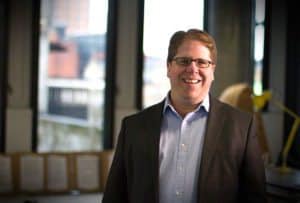 While it is difficult to predict where Seedrs will be 5 years from now, past may be prologue, and Seedrs is on a solid trajectory upward. Seedrs is striving to accomplish what Lynn shared in his recent posting, drawing a parallel to what Charlie Merrill accomplished in the last century.