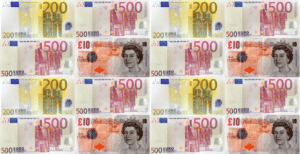 Launched in 2012, Nutmeg is regulated by the FCA and specializes in investments, ISAs, and pensions. The company reportedly manages half a billion pounds for more than 20,000 customers and has grown four times the size it was two years during its last fundraise.  Martin Stead, CEO of Nutmeg, reportedly stated:

“We are delighted to welcome our friends at Convoy to our board. Convoy shares our huge ambition for the Nutmeg business and, with these new funds, we will be able to further scale and expand our business, bringing smart online investing and advice to more people. Disrupting an exclusive industry was always going to be a tough challenge, but it is one that we relish. Nutmeg is successfully enabling people from all walks of life to get their money working harder.”

Nutmeg claimed that the 30 million raise is considered the largest raise since the Brexit vote. Chancellor of Exchequer, Phillip Hammond, explained:

“Britain is leading the way forward in global FinTech. It’s an industry that is going from strength to strength and today’s announcement confirms the UK’s position as the global FinTech capital. This is another international investment into a home-grown UK company, demonstrating the UK is open for business‎.”

The company added it is planning to use the funds help accelerate its growth.