Hibernian FC has roots that go all the way back 1875, is raising capital and it is doing it online. The football club has partnered with ShareIn to allow fans to support the team not only in the stands but by purchasing up to 51% ownership in the Scottish team. 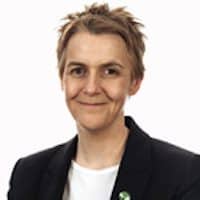 Leeann Dempster, CEO of the Club, explained to club fans;

“I think this Club is about to erupt in the most positive way, we don’t just want to get back into the top-flight, we want to be chasing silverware and to lead you back into Europe – a journey we pioneered for British football nearly 60 years ago.”

Dempster states that a successful share issue will help the club to succeed.

“A successful share issue will help deliver that plan and make it come to life, it will help us fund our football ambition, it means that we can plan ahead knowing that we have cash in the bank to pay our bills and to attract the best talent. I think it’s time to help this great Club stand on its own two feet. The opportunity is here and now.  We want you to be able to stand tall and say with pride: I support Hibernian.” 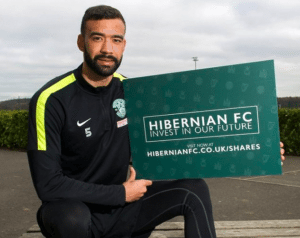 Hibernian is in need of new capital. In a letter to shareholders in November of 2105, Hibernian revealed it had total indebtedness stood at £9.3 million. The club issued shares in 2015 raising £540,000 but the need remains. Supporter ownership rose from 2% to over 19% of the club but the board is will to take that amount to over 50% ownership.

Using technology developed by ShareIn, a local Fintech business, supporters will have a simple, easy to follow, way to buy shares in their Club with a few clicks of a button – while still meeting all of the necessary regulatory demands. 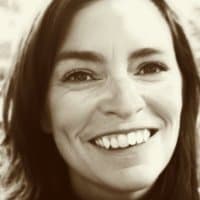 “I firmly believe the best place for a football club to have a share offer is from their own website. ShareIn offers the technology and handles the financial regulations so clubs like Hibernian can focus on promoting their campaign.”

Dempster says they are committed to widening support and give controlling interest to fans.

“We have also said that every penny we raise through the sale of new shares will be invested in funding the Club’s football ambition. None of it will go to any existing shareholders. That means supporters can gain ownership, allowing them to protect and invest in their Club, secure in the knowledge that the money they spend goes directly to the Club they love and support. This is all about building momentum and securing the Club’s future.”.” 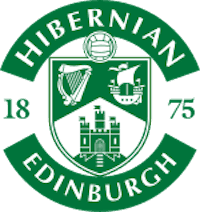 Reportedly, the Scottish Government is supportive of the share issuance and fan ownership too.

The equity offer is open until June 2016. Details are available once you register on the Hibernian site.