On Wednesday, Fitch Ratings reported that the growth and success of shadow banks will begin to slow down in 2016 as regulators step up scrutiny of the sector and banks weigh competitive responses. 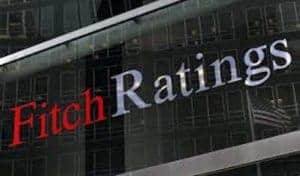 The website revealed that shadow banks are increasingly likely to become victims of their own success, which will translate into incrementally slower growth, increased operating costs and the beginning of a gradual convergence with the very banks they are aiming to disintermediate.

The types of entities that may be affected include consumer finance companies, mortgage originators and servicers, installment lenders, marketplace lenders and alternative investment managers and funds, among others. Many regulators are balancing their risk oversight responsibilities with ensuring the availability of credit to consumers and commercial enterprises. Shadow banks broadly perform credit intermediation outside of the traditional banking framework, sometimes filling voids banks are unwilling or unable to fill.

“We expect traditional banks to continue their collaborative approach with shadow banks, at least in the near term, partnering with or lending to them, as a means of participating in their success and gaining technological and strategic intelligence. While this facilitates the growth of a competitor, it allows traditional banks to participate in a potential growth opportunity without attracting the same levels of typical regulatory scrutiny. These partnerships could also provide traditional banks with valuable intelligence on the evolving “fintech” landscape, which could inform their competitive responses over the longer term.”

The company noted that JP Morgan’s recently announced partnership with OnDeck Capital to offer small loans designed for small business customers is one of the several examples of banks’ collaborative approach. Providing lending (e.g. warehouse facilities, bank lines) is another way for banks to indirectly enjoy the benefits of shadow banks’ success. Banks often lend in senior, secured positions, which may moderate, but not eliminate, their potential losses:

“We also think that banks will lobby for increased regulation of shadow banks, either overtly or discreetly, based on their growing size, interconnectedness and, in certain instances, consumer-facing nature. This would be a relatively basic way for banks to potentially chip away at shadow banks’ competitive advantages.

“With or without the prodding of banks, we expect regulators to continue to sharpen their focus on shadow banking in 2016, if for no other reason than that shadow banks are increasingly large, rapidly growing and demonstrate less transparency than their bank peers, all of which are historical red flags for potential systemic risk. Examples of expanding regulatory scrutiny include The Financial Stability Board’s annual “Global Shadow Banking Monitoring Report,” the Consumer Financial Protection Bureau’s 2016 rulemaking agenda and the California Department of Business Oversight’s recent inquiry into the operations of 14 marketplace lenders.”

Fitch Ratings added that at a minimum, heightened regulation could result in increased reporting and compliance burdens that could dampen shadow banks’ profitability. More comprehensive regulatory changes, such as minimum capital requirements, caps on interest rates or limits on the use of bank intermediaries, could have more disruptive effects on certain shadow banks’ business models. Such is the paradox of unregulated success in the post-credit crisis world.